Meetings take place at Omnibus Theatre, 1 Clapham Common North Side, SW4 0QW. The talk starts at 8pm and our guest normally speaks for about 45 minutes, followed by 15 minutes for questions and discussion. The bar is open before and after, so do take advantage of that! Meetings are free and open to non-members, who are invited to make a donation. Please arrive in good time before the start. The Café Bar is open from 6pm for drinks – a great opportunity to socialise with other members before (and after) the meeting. There are no meetings in December, July or August.

Our meetings for 2023 appear below:

We have a page dedicated to walks to join from April to September each year.
The walks organised for 2023 are shown on the Walks page. 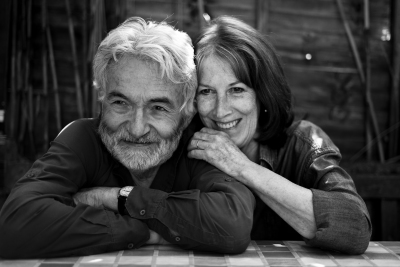 Monday 16 January
Sharing the stages. Wife and husband Alison Skilbeck and Tim Hardy, local residents and actors, talk about their work, together and apart – from Tim’s time in Peter Brook’s Marat/Sade on Broadway, to playing Jesus twice and a salmon and cucumber sandwich once, to Alison’s five-year adventure with Alan Ayckbourn and dying as Polly Perks in The Archers. For both, the stage is the thing. Both toured the US in Shakespeare, both teach at RADA and both perform one-person shows. Revivals of Tim’s Trials of Galileo and Alison’s Mrs Roosevelt Flies to London received five stars at festivals only last summer. 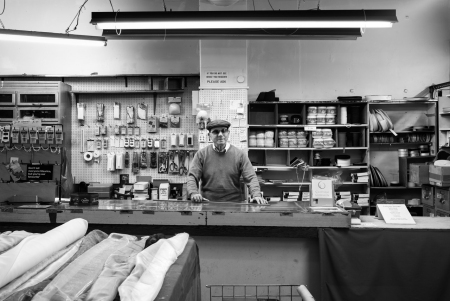 Monday 20 February
Behind the Shop Facade: The Life of Maurice Dorfman. On Christmas Eve 2019, Maurice Dorfman flipped over the sign hanging in his haberdashery shop door to ‘Closed’ just as he had done on so many Christmas Eves before. This time he would never flip it back. Five days later he was admitted to hospital; two months later, at the age of 87, he died. Maurice’s death represented the end of an era. For a little over 60 years, he and his family had served the local community from Jeannette Fashions, the longest-surviving traditional independent retailer on Clapham High Street. Local documentary photographer Jim Grover will reveal the inside track on Maurice Dorfman’s extraordinary life story.
Photo: Jim Grover

Monday 20 March
What makes a writer write or a painter paint? Local authors, novelist Elizabeth Buchan and crime writer Julie Anderson, discuss the sources of human creativity with particular emphasis on writing – the drama, the inspiration, the perspiration. It will all be covered. 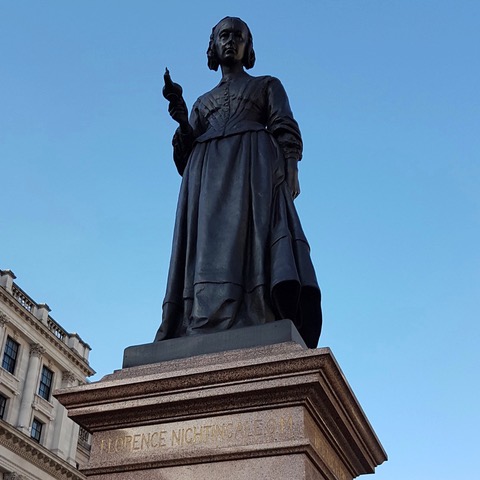 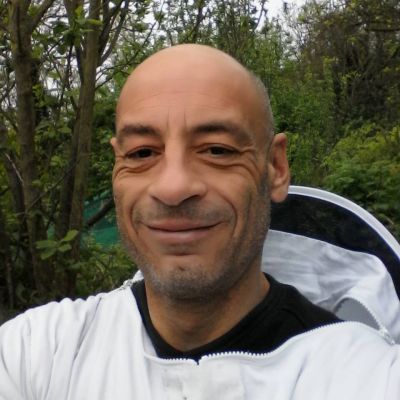 Aren’t bees brilliant? This talk by Dr Paul Vagg will introduce you to the world of honey bees: what they do for us and how we can help them. The holder of a PhD in beekeeping, there is not much Dr Vagg doesn’t know about his subject. He will look at how we manage bees in a city environment and what it would mean if we were to lose them. We will also learn how a colony is set up and about the life cycle of our honey bees. Everyone can help our pollinators, including bees themselves. 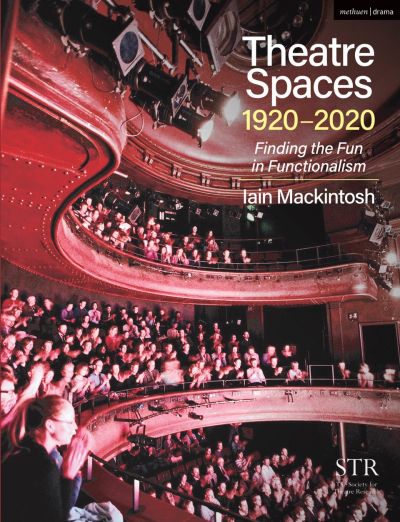 Monday 26 June
Performance is ephemeral while buildings endure. Iain Mackintosh and his wife, Jan Carey, have lived in Clapham for 52 years. Both have earned their living in the theatre, Iain as a producer and subsequently as a designer of theatre spaces. He presented the Prospect Theatre Company in a hundred theatres across the world, including Edinburgh International Festivals and in the West End. Then, with Theatre Projects Consultants from 1973, he originated the design of auditoria and stages such as those of the Cottesloe (now Dorfman) at the National Theatre and Glyndebourne in the UK, and the Martha Cohen in Calgary. He has been guest lecturer at conferences in India, Brazil, Taiwan and Eastern Europe. The story is told in his memoir, Theatre Spaces 1920-2020: Finding the Fun in Functionalism (Methuen, 6 April 2023, earlier than published in our December/January 23 Newsletter). The talk will be presented in conversation with The Clapham Society Chairman, Mark Leffler.

There are no meetings in July and August 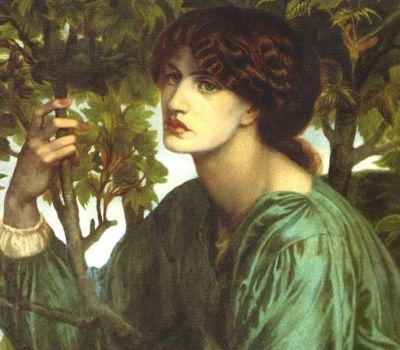 Monday 18 September
Jane Morris – the Pre-Raphaelite muse. Jane Morris’s highly individual beauty, a symbol of the Pre-Raphaelite movement, was made famous through her many portraits by her long-time lover, Dante Gabriel Rossetti. In the shadow of her illustrious husband William Morris, she has been unfairly neglected by posterity. John Hawks, founder of Merton Abbey Mills, director of Wandle Heritage Limited and curator of the Merton Priory Chapter House Museum, looks at the life and contribution of someone who most certainly was ‘not just a pretty face’. 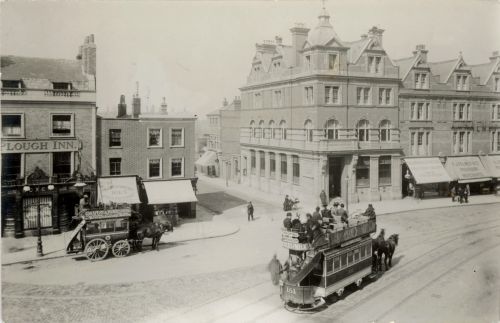 Monday 20 November
How London’s transport shaped our capital. Transport for London’s Heritage Manager, Edmund Bird, will present a talk about the history of the city’s transport development from the Romans to the present day, and how modes of transport influenced the growth and development of London, from the first river crossings to travel by stage coach, omnibus, suburban and underground railway, tram, trolley bus and the motor car. His presentation will include a feature about the evolution of Clapham’s transport networks and how they were the catalyst for its expansion.

There is no meeting in December.

We hope that you will find this an interesting and varied programme with something to suit everyone.
If you have any suggestions for future meetings do please pass them on to
the Events Organiser, Christine Armstrong, events@claphamsociety.com.
The walks organised this year are shown on the Walks page – updated anually in early spring.