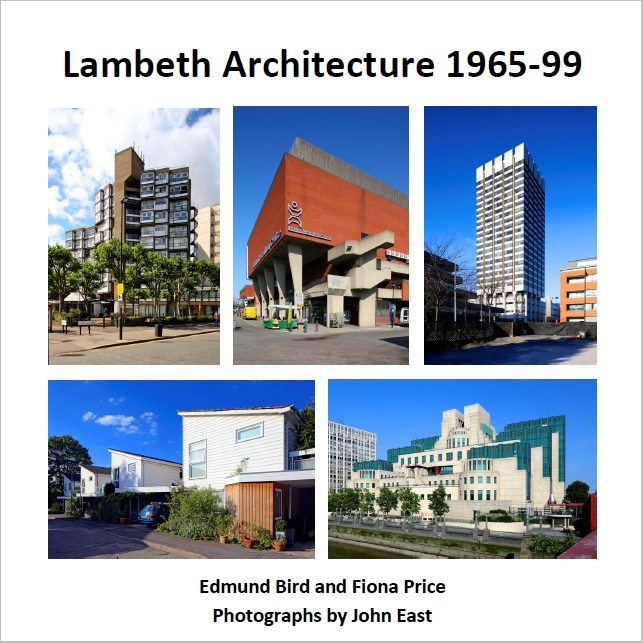 This month we host a talk by one of last year’s most popular speakers.

Edmund is to introduce the fourth book in his series on Lambeth’s 20th-century architectural history giving background information about the buildings and the vision of the architects of the time.

This is the first book to assess the work of Ted Hollamby, the borough’s chief planner and architect between 1964 and 1981, and his enormous output of council housing, as well as the major GLC estates of the 1960s and 1970s. Edmund will chart the brief flirtation with high-rise towers such as those on Clarence Avenue and appraise Hollamby’s high-density low-rise developments such as Clapham Manor and Gaskell Street.

This was also a boom time in the provision of leisure and community buildings, cradle-to-grave social and health care, construction of new schools and of course the completion of the post-war vision of the cultural hub of the South Bank.

His talk will study the whole borough with a particular spotlight on Clapham and will include the public art of the period and the growing numbers of buildings of this era that are now no more.

Edmund Bird is Heritage Advisor to the Mayor of London and a former Lambeth Conservation Officer.

Monday 27 June. Our meetings are held at Omnibus.

Meetings are free and open to non-members, so please come along with a friend!