Gardening and Botanical Connections in Clapham and the World 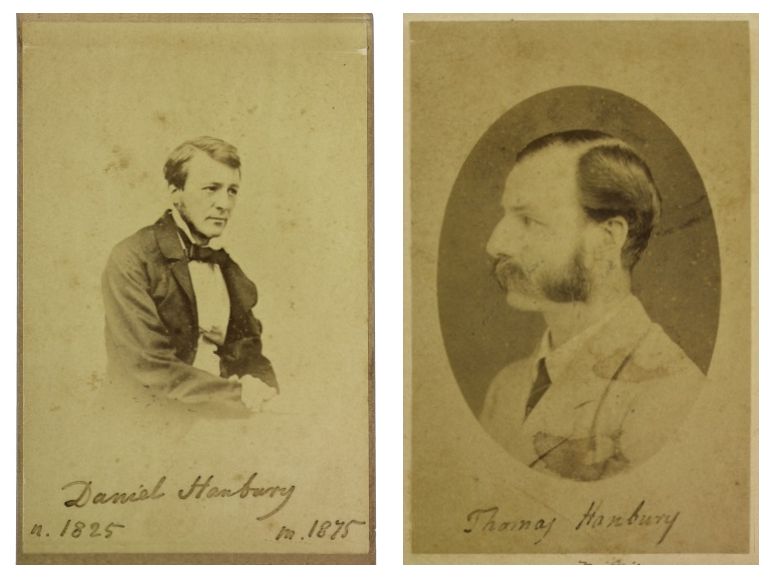 Gardening enthusiasts interested in the history of their plants will enjoy reading this article tracing connections made by the Hanbury Brothers between Clapham and the rest of the world.

The brothers travelled widely for their work and were respected botanists and gardeners.

Sir Thomas Hanbury was an English businessman, gardener and philanthropist. He built the Giardini Botanici Hanbury, or Hanbury Botanical Gardens, at La Mortola situated on the coast of Italy near to the border with France, now maintained by the University of Genoa.
Thomas also famously bought the land previously owned by George Ferguson Wilson, the founder of Wisley Gardens at Oakwood, and gave it to the RHS in 1903.

Daniel Hanbury was a pharmacist and an essential partner to his brother in selecting specimens for and establishing the garden at La Mortola. On his death, his botanical cabinet collection was donated to Kew Gardens by his brother and is now part of the Economic Botany Collection.

Andrew Hillier is an Honorary Research Associate at Bristol University and a regular contributor to Historical Photographs of China. My Dearest Martha: The Life and Letters of Eliza Hillier will be published by the City University of Hong Kong Press in July.

Clapham is full of keen gardeners growing special plants that originally came from far corners of the world and, in the past, there have been several members of the National Garden Scheme in Clapham who welcomed visitors during Open Garden season. Sadly there are few in the local area this year, according to the NGS website, but enthusiasts walking around Clapham and Lambeth can catch a glimpse of some beautiful gardens from the pavement.

However, Charles Rutherfoord’s garden at 51 The Chase was open for the scheme in April. If you would like to visit to see camellias, roses, irises, hellebores, and many other spring flowers and unusual trees they have a Virtual Garden Visit and will also open on Sundays 4 July, 8 August and 3 October, from 12 to 5 pm.

It’s worth noting that the garden of The Royal Trinity Hospice on Clapham Common North Side is open for patients and families throughout the year.

links open in a new window or tab