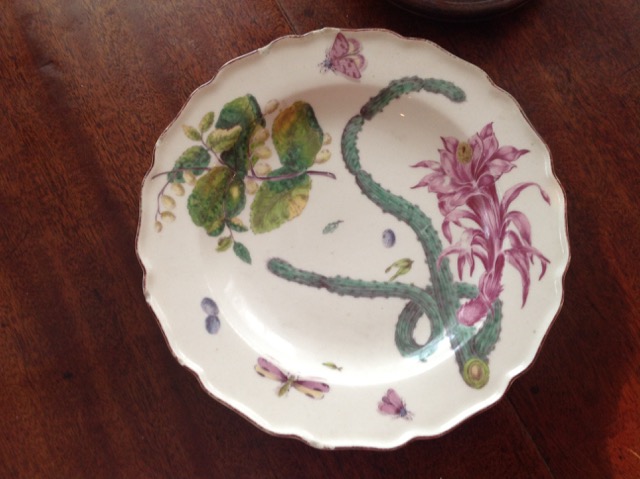 Sally Kevill-Davies will talk about the history of the plants grown at the Chelsea Physic garden and painted on Chelsea porcelain plates during the 1750s.

The botanical designs for the plates were named after Hans Sloane, a noted scientist who bought four acres of land and leased it to the Society of Apothecaries to extend Chelsea Physic Garden.

Sally Kevill-Davies grew up in London. She spent nine years working at Sotheby’s where she catalogued ceramics and eventually specialised in 18th century pottery and porcelain.

She writes on antiques and collecting, the history of wine and food and domestic life and was a member of the BBC TV Antiques Roadshow team of experts for 9 years.

Sally, who lives in Clapham and is a member of the Society has written and lectured widely on ceramics, and last year published Sir Hans Sloane’s Plants on Chelsea Porcelain.

Monday 24 April. Our meetings are held at Omnibus.

Meetings are open to non-members and FREE, so please come along and bring a friend!