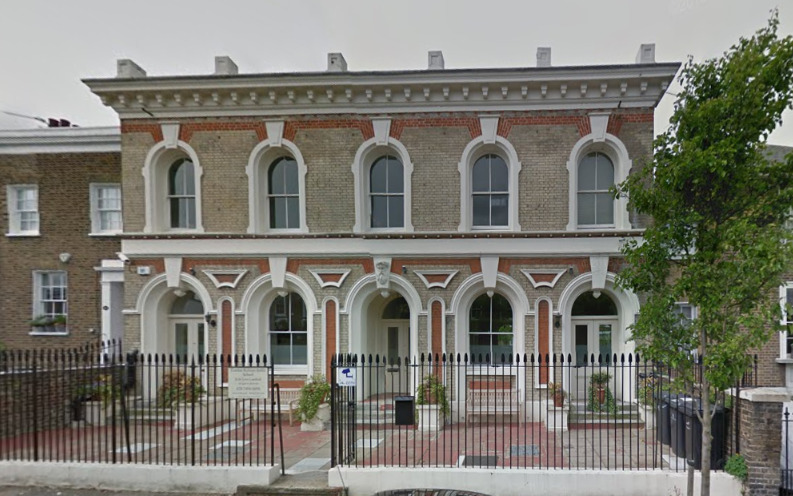 The venue for this appeal has been changed from that shown in our recent newsletter. It will now take place at
The Kia Oval, Surrey Cricket Club, Kennington, SE11 5SS,
commencing at 10 am on Saturday 10 January.

As reported last February (see Newsletter Issue 384), the London Russian Ballet School’s planning application was refused consent by Lambeth.
The Russian Ballet School applied for extensive alterations plus a large new extension to the General Clapham Dispensary by J T Knowles Snr at 42 Clapham Manor Street.
The School has appealed to the Secretary of State against that decision and a public inquiry will begin on 10 January 2017 and will run for three or more days.

The inquiry is open to the public and members are welcome to attend.

The Clapham Society will be giving evidence in support of the refusal. We opposed the proposal because we disagreed that the public benefits arising from the expanded ballet school outweighed the harm to the listed building (Grade II), nor did the new extension make a positive contribution to (or better reveal) the significance of the listed building. We also considered such a large new building in what was the back garden damages the character of the surrounding conservation area, as well as the amenity of neighbouring residents.

Image courtesy of Google Maps, with thanks