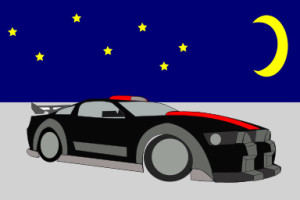 Police Officers have been patrolling local streets at night under cover.  As a result several car crime criminals have been stopped in the early hours. In one case a suspicious male was followed and caught in the act, using bolt cutters to remove a lock from a bike.

This person, with 63 previous convictions for breaking into cars, had just been released from prison. Following his arrest there has been a marked decrease in bike theft as well as motor vehicle crime. These night operations are ongoing.