Clapham in South London is a desirable place to live.

It’s also a place of enormous historical and architectural interest, an epicecentre of of the battles involving slavery, a centre of artistic creativity and a site of national significance in post-war immigration.

Like anywhere in a major city, Clapham is a place under pressure.
Large shops compete with small ones, the night time economy brings in money but also noise and litter.
The new developments have to sit beside old heritage.
There are tensions and balances.

Clapham society researches the History of Clapham and seeks to protect and enhance its special character.

The Polygon area at the heart of the Old Town to the North East of the common had become shabby and run-down, and had long been recognised as an area in need of improvement.

This area of Clapham Old Town was very dominated by traffic and, in particular, by buses because this is a place where there are quite a few bus stands.
Our brief was to create a place that had not really existed before.
We did a calculation in the Polygon and the area was 65% road and 35% pavement and we basically turned that around. Now it’s 65% pavement and only 35% road but in terms of the traffic flow, it works just as well, and community events can happen here where the was no place before. It has created a place where people can sit and enjoy the amenity free of traffic.

Saving the 19th century bandstand on the common was another project that Clapham Society helped to promote and fund.

In the 1980s the bandstand had fallen out of use. It had been very popular at first but it gradually declined because it went out of fashion. By the end of the 20th century the roof was falling in and a lot of the roof-work had gone. The metal-work was rusting and cracked. None of the electrics worked anymore and all round the bandstand the drains were giving way so the whole area was full of puddles.
We, for our part, agreed that we would raise a community contribution of £100,000 (one hundred thousand pounds).
All the woodwork had to be replaced. The rather handsome zinc roof with the spike on top all had to be re-built. They had to strip down all the ironwork and get it back to the original colours and install access for disabled people.

The work of the Clapham Society depends on volunteers, young and old, who value the area. It seeks to preserve the best of the past and create a high quality and thriving environment in which to live now, and in the future. It encourages debate, campaigning, influences decision-making by developers and public bodies. 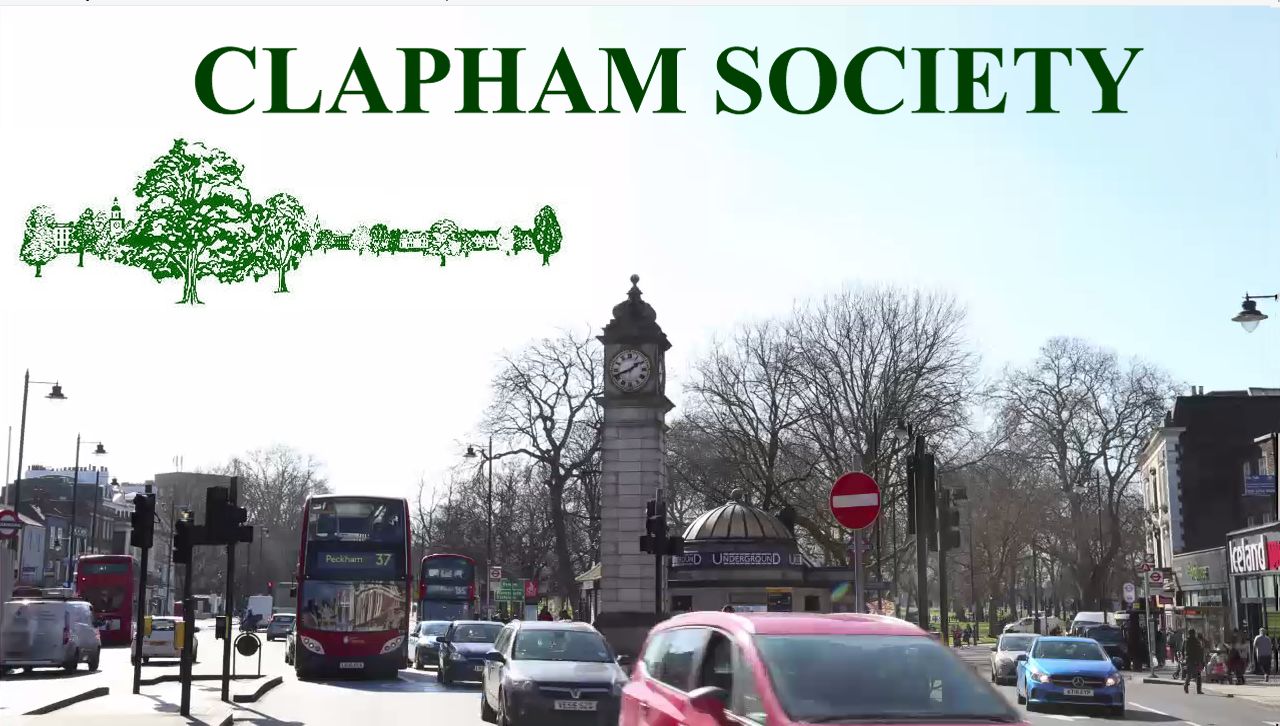