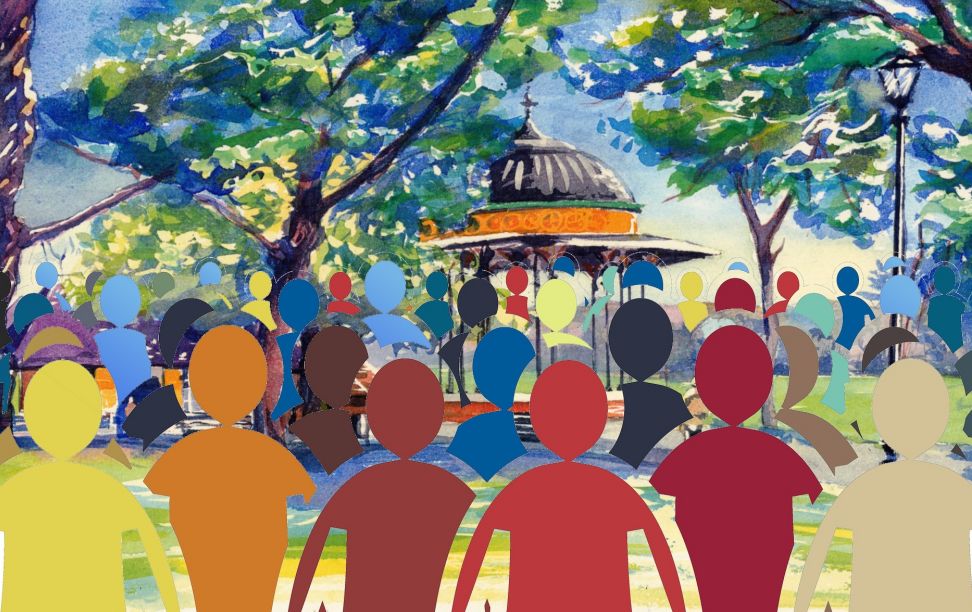 A varied and exciting variety of music at the historic Clapham Common Bandstand is sure to lighten your weekend afternoons. The largest bandstand in South London can easily accommodate these Big Bands.

The Sonnet Wind Orchestra is an ensemble playing a musically interesting and extensive repetoire including members’ own arrangements of classical and modern popular favorites. The players are mostly retired professional musicians with differing musical backgrounds whose musical versatility characterises the music.

The Fabulous Honeys is a big band formed in 2015 as a (mostly) female big band and is still growing and welcoming new members. They play exciting arrangements of swing music, with some latin, funk and blues thrown in for good measure.

The concerts are free to all, organised by Clapham Common Management Advisory Committee (CCMAC), supported and funded by a grant from Lambeth Council with Technical support supplied by Clapham’s Omnibus Theatre.

All concerts start at 2pm and end at 4pm.

You can see the full Summer Programme 2021 here

CCMAC wants everyone to feel safe while performing and watching the bands, choirs and orchestras. The Bandstand is in an open and well-ventilated outside space. All acts who are singing have to take a COVID-19 test before performing.

CCMAC will also lay out deckchairs spaciously around the Bandstand. They also ask that anybody who has COVID-19 or its symptoms remains at home. Be safe, be sensible.